News by VICE ‘I Don’t Want to Die’: Fighting Coronavirus on the Streets of Detroit What it's like for the EMTs battling COVID-19 in the hardest-hit city in Michigan. 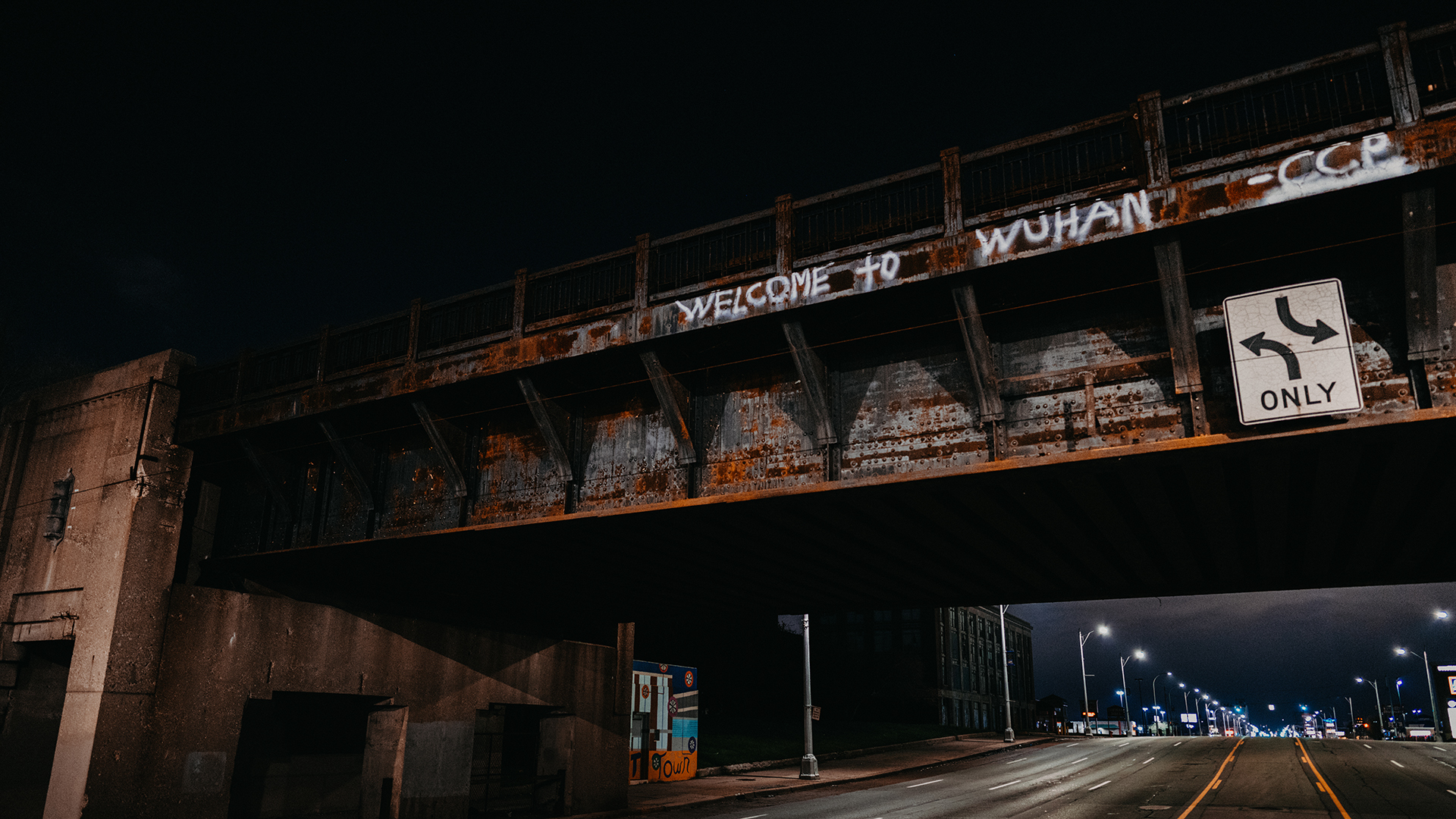 "WELCOME TO WUHAN" IS SPRAY-PAINTED ON A TRAIN BRIDGE OVER A DESERTED WOODWARD AVENUE LEADING INTO THE CITY OF DETROIT. (MICHAEL ANTHONY ADAMS/VICE NEWS)

​DETROIT – Not long after midnight, another call came in. Kelly Hornik heard the radio chirp and looked down at the laptop next to her in the ambulance as she was driving. The screen glowed red. "Emergency pending," a digitized voice said over the radio. "That's us," Hornik said to her partner, Ray Vanhevel, who was sitting in the back of the rig. "We've got a call." Dispatchers had scant information on what the medics should expect when they arrived on site of the emergency, only that it was a man with a high-grade fever. A few months ago, a call like that would've been a breeze to handle. Now it means gearing up to face COVID-19.

Since March, the coronavirus has killed more than 4,500 people in Michigan, and Hornik and Vanhevel are fighting the pandemic from the state's hardest-hit city, Detroit. Almost half of Detroit's residents are already living below the national poverty line, and a history of racial disparities has meant that black communities have been ravaged by the pandemic. "It's like a tornado coming through that doesn't pick and choose. It just aims right at you," Hornik said. "Normally we can kind of escape from the call after the fact. And this seems to linger."

The pandemic has completely changed the way first responders do their jobs. It's rare that medics know if their patient is COVID-19-positive while treating them, or even days after transporting them to a hospital, and that's made the basic procedures for responding to emergencies completely obsolete. "I don't want to die," said one patient as Hornik loaded him into an ambulance. "Oh man, I'm so scared." While they used to perform CPR on a patient in cardiac arrest for 30 minutes, now, in some counties, they pronounce them dead after only 10. That's after the labor-intensive process of donning personal protective equipment already delays them before arriving at the site of an emergency. 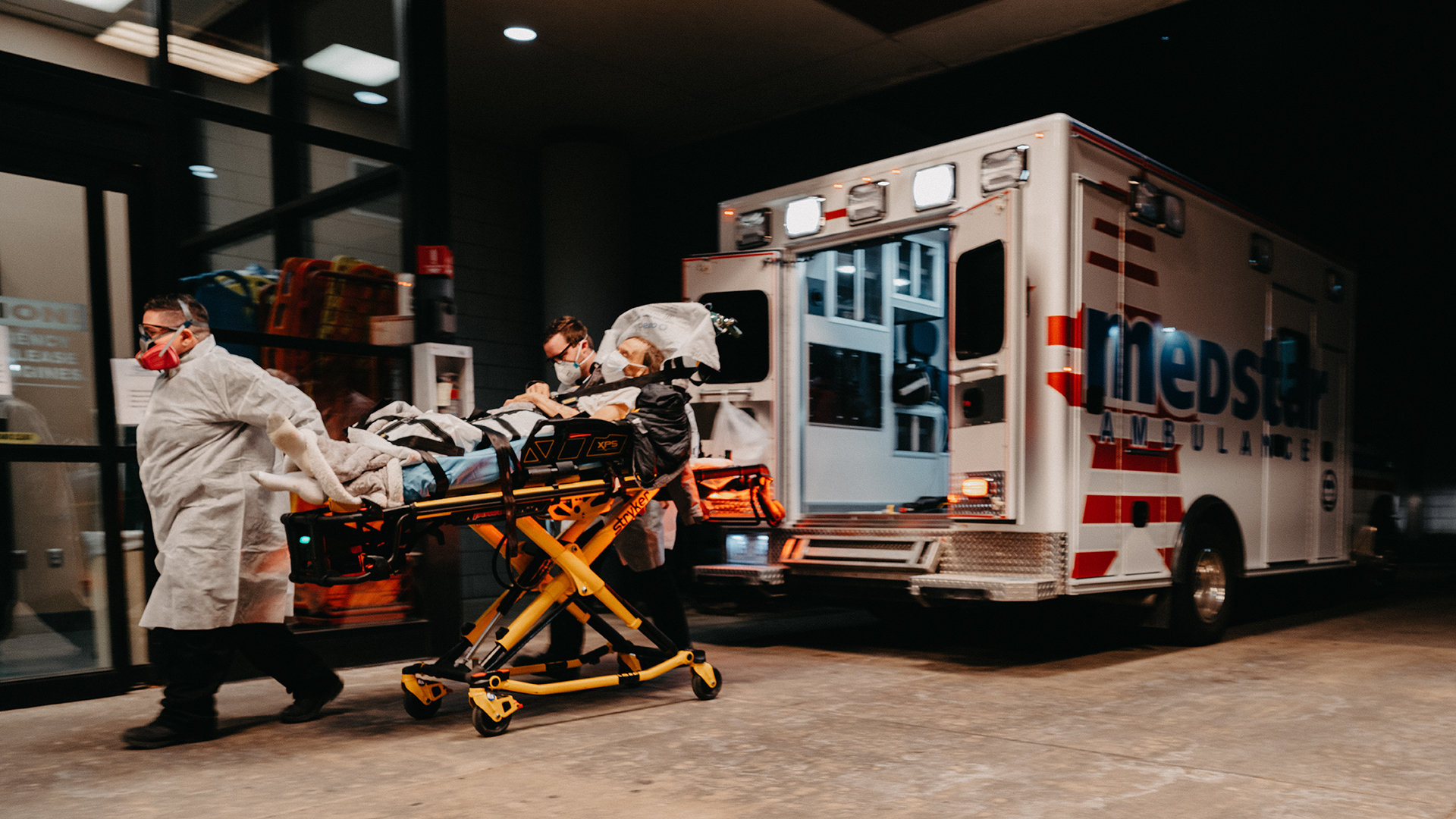 While Hornik and Vanhevel are fortunate to work in a company that stockpiled PPE before the pandemic, 15 of their colleagues have already been infected. One paramedic at another agency has died. For Hornik's wife, Andrea, the thought that she might bring it home and infect them both has made her cry every time she leaves for another shift. "I don't know how she would live with herself if she brought the virus home to me," Andrea Hornik said. "I just really am scared during this pandemic. A lot of the general public isn't taking this seriously, from what I can see. It's very serious to me because it's my wife's health." While the number of new cases in Michigan have slowed, the state plans to relax stay-at-home measures at the end of May. Hornik fears that that will mean more calls as the next wave hits Detroit.

Cover: Kelly Hornik cleans the inside of her ambulance after a run. (Michael Anthony Adams/VICE News)