Last Week One Paramedic Was Infected. Now Over 150 Are in Quarantine.

EMS In the News
Jason Saffon
891 Hits
0 Comments
New York City's ambulance crews, which are stretched thin, have been told to work even if exposed to the coronavirus — as long as they are asymptomatic.​ 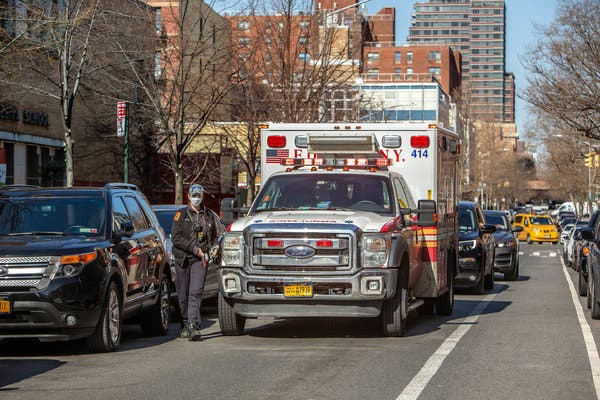 It began last week when an Emergency Medical Services worker contracted the coronavirus from his girlfriend. Three days later, more than 20 of these workers, who form part of the New York City Fire Department, were in isolation for potential exposure to the virus, either through their colleagues, patients or off-duty contacts.  By Wednesday morning, three Fire Department employees had tested positive. Now, more than 150 members of the department are in quarantine, including dozens of E.M.S. workers, according to union and department officials.  The speed with which the coronavirus has affected the department's ranks has rattled New York City's ambulance crews at a time when these workers may be pivotal in managing a surge of patients with the illness.  Workers say there are already shortages in equipment and manpower, meaning New York's emergency response system could be hamstrung as the virus works its way through the Fire Department and the city.

Staffing numbers for E.M.S. workers are so low, union officials say, that any moderate infection within the ranks could affect dozens of shifts, slowing units' response time in neighborhoods across the city.  "The city is going have to make decisions on what responses they are going to send ambulances to, and what they are not," said Bradford Billet, the former associate director of the city's E.M.S. division. "These are not regular times."  On Wednesday night, the Fire Department changed its quarantine guidance for emergency workers and firefighters, saying they would be required to work even if they had been exposed to the coronavirus — as long as they were asymptomatic.  The guidance was in line with what the New York State Department of Health had suggested in recent days for health care facilities, the Fire Department said in an announcement to its staff, which was provided to The New York Times. All those currently under quarantine would remain so.

The Fire Department's 4,500 Emergency Medical Services workers — which include paramedics and emergency medical technicians — respond to about 4,000 emergency calls a day, according to city data.  Asked about potential shortages, the Fire Department said it planned to shift schedules and space out staffing to try and contain the spread of the virus through its ranks.  "These modifications will increase social distancing where possible, limit member-to-member contact within our ranks and will not impact our operational response, only the scheduling of our work force," Frank Dwyer, a department spokesman, said.  Low enlistment numbers in recent years for the E.M.S. department have concerned union officials, who point to pay and benefit gaps between firefighters and these workers as one of the reasons.  Also, E.M.S. workers receive only 12 days of paid sick leave a year, compared with unlimited sick leave for firefighters. Many of E.M.S. workers eventually decide to become firefighters, leading to significant turnover in the ranks.

Before the virus hit, the department was short about 1,000 emergency response workers and 26 ambulances, according to union estimates.  "We had a problem responding before because we're understaffed," said Oren Barzilay, the president of Local 2507, the union that represents emergency responders and paramedics. "I think that's our biggest concern."  Last week, before the number of confirmed cases in the city had grown to about 4,000, the assistant chief of Emergency Medical Services said workers were prepared to deal with the coronavirus.  "We have dealt with issues like this in the past," the assistant chief, Alvin Suriel, said. "We dealt with Ebola. We do this everyday."  But it has become clear that the coronavirus outbreak, which has virtually shutdown New York, is unlike anything the country has ever seen.  E.M.S. workers responding to sick calls are seemingly at a higher risk of exposure to the virus, and yet they are facing the same barriers to testing as most Americans. It is difficult to know just how many workers are infected and how many have been exposed. 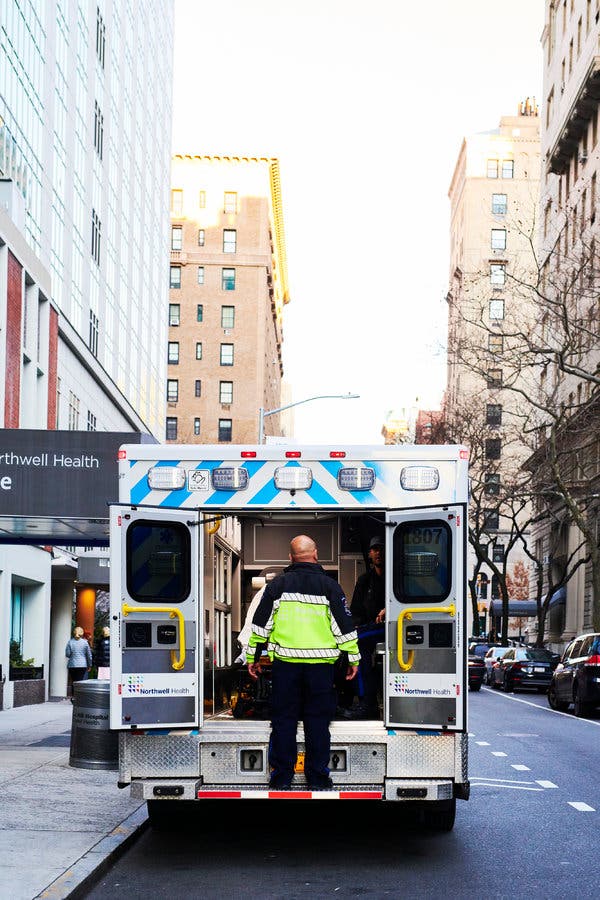 The city’s 4,000 Emergency Medical Services workers respond to about 4,000 emergency calls each day, according to city data.Credit...Gabby Jones for The New York Times

The outbreak in Washington State is a cautionary tale. In Kirkland, a Seattle suburb, more than 30 firefighters were forced to isolate themselves after responding to calls linked to a nursing home where at least 30 people have died after contracting the coronavirus. Last week, the New York Fire Department instituted a new policy forbidding firefighters from responding to calls that could expose them to the virus. The Police Department issued a similar protocol. Emergency Medical Services workers will be the only teams responding to such calls in an effort to contain exposure. One paramedic described widespread confusion over how and when emergency workers were supposed to quarantine themselves. It is also unclear whether there are enough masks and gloves for paramedics, police officers and firefighters should the rate of infections continue to climb.

Recently, the Fire Department started rationing N95 face masks — which the C.D.C. recommends using when coming into contact with potential coronavirus patients — and it no longer allows ambulance crews to carry a supply of them. The decision was "meant to ensure safety of our members," Mr. Dwyer, the spokesman, said. The department used to keep the masks in communal supply rooms, one paramedic said, but cut off access after the virus hit the city. Now, the paramedic said, emergency medical technicians have been asked to return used masks to supervisors before getting a new one. The paramedic, a 16-year veteran of the department, said he and his partner were keeping extra masks in their truck for emergencies. He spoke on the condition of anonymity because he was not authorized by the Fire Department to speak with the press. When E.M.S. workers are dispatched to a call that involves a potential coronavirus patient, they are required to wear personal protective equipment, including N95 masks, gloves and eye shields, Mr. Dwyer said. Ambulances used to transport those patients are being cleaned before each use, he said. Crews are not being asked to isolate themselves unless there is a breach of their protective equipment.

But some members of ambulance crews say they have not been given clear directions about when to notify the department of a potential breach, said a woman who has worked as an paramedic in the city for 15 years.  "There have been members who have kind of slipped through the system, through the cracks, maybe have not made the appropriate notifications either because they didn't know or they weren't clear on when or how to make the notification," the woman said, speaking on the condition of anonymity for fear of retribution.  Ambulance crews are not stationed within firehouses for their eight-hour shifts, and do not live, eat and share space with firefighter crews, according to Fire Department policy. But they interact regularly at emergency scenes, raising concern that an infection in either group could transfer to the other.  "I'm really, really taken aback how unprepared we were for this," the female paramedic said. "I don't believe as a department we're ready to really contain a possible outbreak within the department, so that is scary to me."

Ali Watkins is a reporter on the Metro desk, covering crime and law enforcement in New York City. Previously, she covered national security in Washington for The Times, BuzzFeed and McClatchy Newspapers. @AliWatkins