Give ‘special thanks’ to NYC EMS members during week dedicated to heroes: Mayor de Blasio 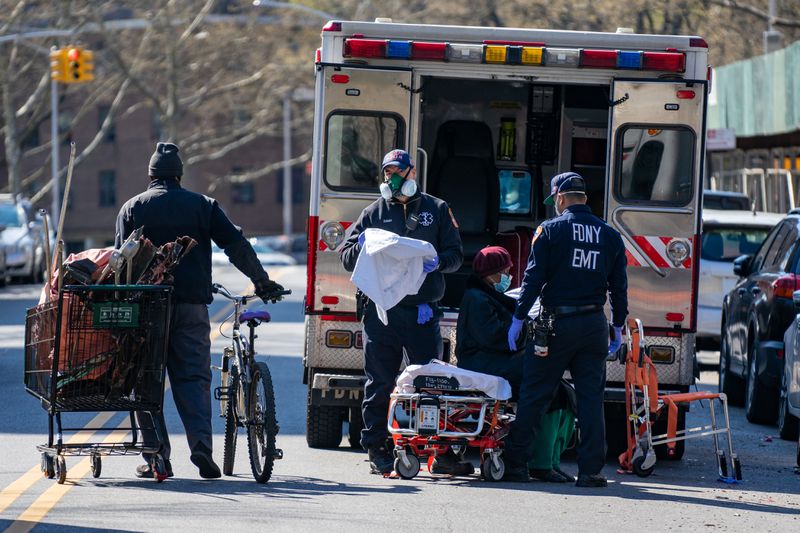 A person is helped into an ambulance by EMT workers on April 16, 2020, in the Bronx borough on New York City.(David Dee Delgado/Getty Images)

Four members of the New York Fire Department's EMS bureau who lost their lives to COVID-19 — as well as the Colorado paramedic who died after coming to the Big Apple to help — were honored as part of EMS week by Mayor de Blasio.

"We've lost them and we need to honor them, remember them," Hizzoner said at a Tuesday press conference.

He named departed EMS members Idris Bey, Gregory Hodge, John Redd and Richard Seaberry, along with Paul Cary, who came last month all the way from his hometown of Aurora, Colo., to lend a helping hand in the Big Apple, where he tragically contracted coronavirus and died at Montefiore Medical Center in the Bronx. "We will remember all of them and there's a special place in our heart for Paul's family," de Blasio said. "They will always be regarded by us as New Yorkers and we'll always be there for them." 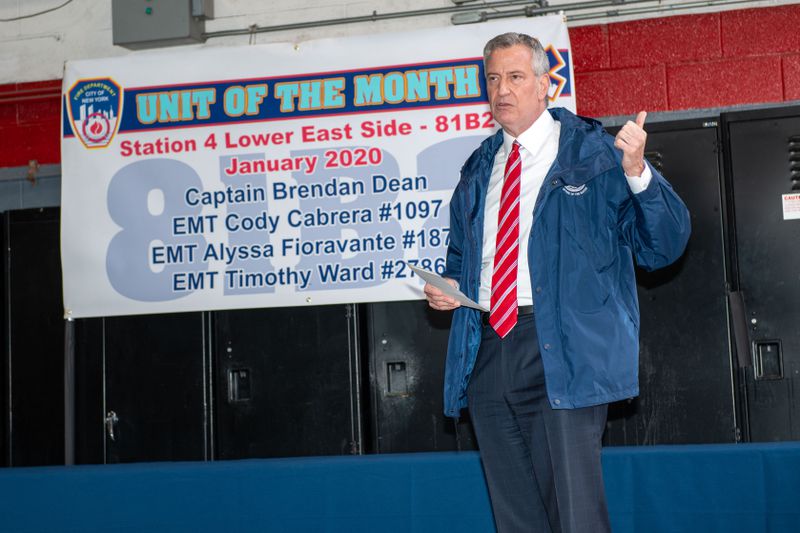 Mayor Bill de Blasio was joined by FDNY Commissioner Daniel Nigro as they delivered words of thanks and food in collaboration with Frontline Foods at FDNY EMS Station 4 on South Street in Manhattan on Monday, May 4. (Theodore Parisienne/for New York Daily News)

The praise came at a press conference in which the mayor called for state authorization for the city to give line-of-duty benefits to families of the more than 270 city employees who have died during the outbreak. He said the sacrifices highlighted the need to honor all the EMS members who have been toiling on the front lines of the outbreak. "Our EMTs, our paramedics, our EMS staff have been superstars. So much has been asked of them and they have performed brilliantly," Hizzoner said. He noted 911 calls reached an all-time high around the peak of the outbreak, with 6,527 calls coming in on March 30. "It held — an extraordinary organization held no matter what was thrown at it," de Blasio said. The mayor called on New Yorkers to give "a special thank you" to EMS members "this week and every week."

Click Here to Donate at EMSFDNYHelpFund.com
Tweet
Video: FDNY EMT asks Congress for hazard pay, PPE
'It was like a trial by fire': Omaha-area EMTs ret...