FDNY EMS lieutenant dead in apparent suicide may be due to coronavirus PTSD: union

Jun 24 Posted by Terence Lau in EMS In the News 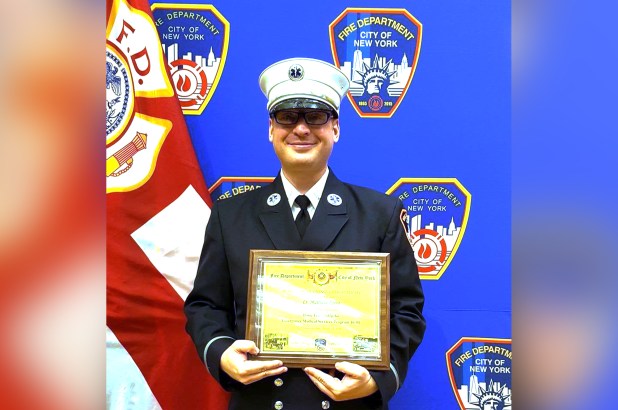 An off-duty Fire Department EMS lieutenant was found dead of an apparent suicide this week in his Nyack home, and his union is blaming his death on the stress that first-responders have endured since the coronavirus pandemic. When Lt. Matthew Keene did not show up for his shift at EMS Station 17 in the Bronx on Friday, co-workers and friends went to check on him at his home, where he lived alone. When Keene, 38, didn't answer, the pals had authorities break down the door. They found him dead of a gunshot to the head, said Vincent Variale, president of the EMS officers' union. The Orangetown Police Department, which covers Nyack, would not provide any additional details on Saturday.

"It's an active investigation," an officer said. Keene's death after nine years on the job left his colleagues devastated. "He was well-liked by everybody," Variale said. "Many people close to him feel it was a lot of stress," Variale said. "We believe this is part of the PTSD that many of our members have experienced in the pandemic." Keene's apparent suicide is the second in the FDNY this year. In April, rookie EMT John Mondello, 23 and less than three months on the job, shot himself at the peak of the pandemic as he faced the horrors of sick and dying patients.

"We believe this is part of the PTSD that many of our members have experienced in the pandemic." "We were the first ones in the door, there to save lives," Variale said. "This has a lot to do with the mayor constantly ignoring the needs of EMS and not supporting EMS in many different ways — staffing, pay, benefits and more important — mental health support," he added. Two days after Mondello's death, Dr. Lorna Breen, an emergency room director at New York-Presbyterian Allen Hospital, killed herself. She had served on the front lines of the coronavirus battle, caught the contagion and returned to work, but was told it was too soon and sent home, her family said. Two NYPD officers have killed themselves this year. Amy Fantauzzi, 39, a Manhattan cop distraught over relationship problems, fatally shot herself in the head, last month. NYPD Detective Paul Federico, 53, was found hanging in his mother's Queens home in Middle Village in mid-February.