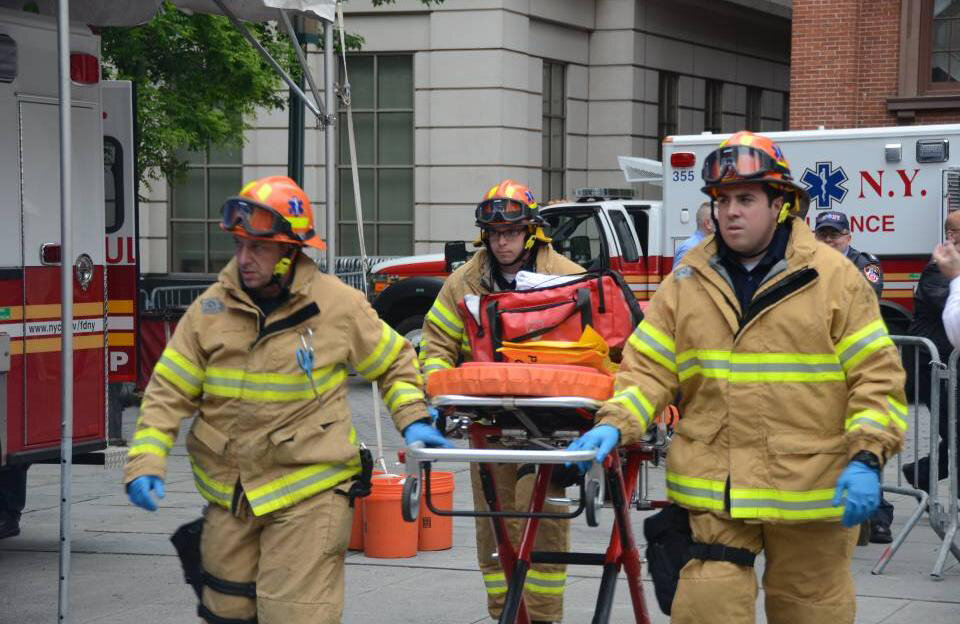 Councilmember I. Daneek Miller's mission to boost pay for emergency workers received the support of his colleagues Thursday, when the city council passed a resolution calling on New York City to close the wage gap between emergency medical workers and higher-paid firefighters. FDNY Emergency Medical Service workers earn significantly less than other first responders, despite serving New Yorkers from the front lines of the COVID-19 crisis. The pay disparity is also an issue of racial and gender equity, Miller said. While FDNY firefighters are overwhelmingly white and male, the EMS workforce is mostly comprised of women and people of color. "These dedicated first responders provide life-saving medical care to over 8 million New Yorkers, commuters, tourists, and other visitors, but for only a fraction of what their overwhelmingly white, male firefighting counterparts earn," Miller said. "Their poise, bravery, and dedication to excellence despite numerous threats to their safety has never been more apparent than during this crisis," he continued.

The starting salary of an FDNY EMS worker is roughly $35,000, rising to $50,000 after five years. In contrast, a first-year firefighter earns $45,000 and earns more than $90,000 after five years. As the coronavirus coursed through New York City,"members of the FDNY EMS were always first on the scene to provide medical care and comfort for their fellow New Yorkers in desperation," said Oren Barzilay, president of the union representing FDNY EMS workers. "This is something repeated hundreds-of-thousands of times over by our dedicated members, who, shamefully are paid only a fraction of the wages of New York City's other first responders," Barzilay said. "This must be addressed without further stalling by the de Blasio Administration."